‘Sportive’ Versus ‘Self Defence’ BJJ

In 2009 I attended a seminar with Carmen Janke. I was a few months into my blue belt at the time and while I had respectable offensive success against females of my size and skill level and, on rare occasions, against big male noobs, I was all about survival and escaping against the (almost always) bigger and stronger dudes I train with at Dartford BJJ. Carmen, who also weighs in around 60 kilos, said something that day that struck me and has stuck with me: ‘I really didn’t develop my offence until purple belt’.[1] Snap! 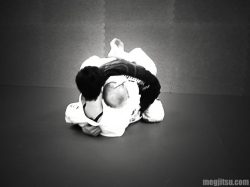 Since mid-2010, as I got closer to purple belt, I began to see green shoots of an improved offensive game and over the three months since my purple belt promotion areas of my offence have really started coming together. Let me quantify what I mean by that. My goal is offensive success against larger, stronger and more powerful opponents, ultimately of my own skill level. For me, evidence of an improved offence is consistent success versus a wide range of heavier, stronger novices. While this may not sound like much to those who had offensive success when white belts, themselves, this has been a long journey for me as a smaller ‘out gunned’ player, so it is a significant step forward in my personal jits journey. I attribute the evolution of my offence to a convergence of several factors: very good instruction, dogged persistence, improved self-belief and the re-introduction of both no gi and BJJ basics/self defence into my weekly training regime. 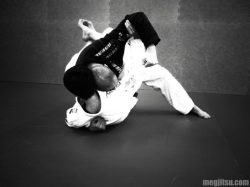 I have been focussing on my triangle for 12-18 months. In particular, I’ve been refining my ‘shoulder walking’ and transitioning from the triangle to an arm bar/inverted arm bar. I am cracking this on folks of all different sizes now, rarely on people of greater size and similar skill, but reliably on much larger opponents of lesser skill; while I’ve been able to survive and escape from less experienced big ‘uns for some time, it is a recent development to regularly submit opponents with a 20-50 kilo weight advantage. I’m pumped! 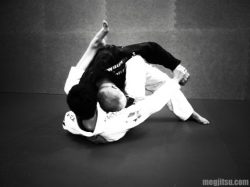 From the beginning I have been taught defence first. A basic delineation of the early belts in my Academy is survival at white belt, escape at blue belt. That’s your job. Coach has been assuring me over the years that, with time, I would gain enough confidence in my defence to being to dismantling opponents with my offence. Don’t get me wrong! I still tap like River Dance and I’m not ashamed of that, but, I foil enough attacks and escape enough uncomfortable positions to feel that I have a solid defence, a defence which can now serve as the backbone of an emerging offence. 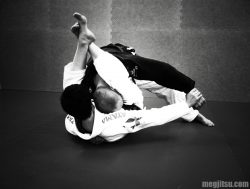 When I write that I have been working on my triangle combos for some months now I mean trying it in sparring against every sort of opponent regardless of how much they might outclass me in weight, strength, skill, youth or speed. Working this flow in sparring has often resulted in being passed and crushed. Demoralising as consistent failure might be in the shorter term, I play a long game and trust that only through persistence will my game grow over the longer term. 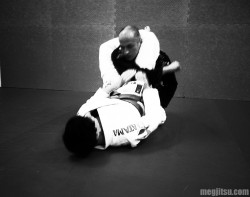 Coach often advises us: ‘You must believe in your offence more than your opponent believes in his defence.’ Confidence in the offensive area of my game has long been lacking and as accurate as Coach’s prediction was that improved defence would make room for improved offence, so too was his insistence on the importance of self-belief. As new offensive skills did indeed reveal themselves, my confidence grew. A month or two before my promotion, I remember coming away from one of many private lessons working through the kinks in my triangle flow thinking, ‘I *can* submit with this triangle!’; I finally believed in it. 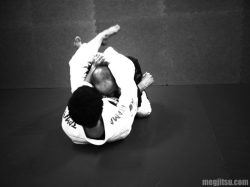 When I began my grappling-journey, no gi was a regular part of my weekly training routine. Changes to my training schedule during ’09 meant that this aspect got lost, to be re-integrated in ’10. I believe the speed of no gi allowed me to better capitalise on an RNC-opportunity which was pivitol for my self-belief. Likewise, I regained BJJ-basics/self defence in 2010. Drilling this material, which looks at technique in context of a striking attacker, gave me new perspectives on transitions to the triangle, in particular the utility of controlling the opponent’s wrist while getting the feet behind the opponent and maintaining that control while locking it up. Following on from my earlier discussion of BJJ as a ‘martial art’ or ‘combat sport’, I feel convinced that it is essential to balance training with a competition-focus with training for self defence, and indeed, complementing gi work with no gi. At least for me, this combination of approaches has been essential to consolidating a discreet area of offensive capability, a foundation upon which I hope to build and expand.

I accept that the ideas presented here aren’t original and I have certainly learned the importance balance in all things from teachers and mentors inside and outside of BJJ, but I have progressed to where I *know* these things for myself, on a visceral level, I see how they have contributed to my growth and I am simply here to testify!