At last, the ‘Raptor’ limited edition gi has been released into the wild! Black Eagle/Predator BJJ has been working hard on developing a women’s BJJ gi line. This includes the lightweight training gi, the ‘Predadora’, and the special edition training gi, the Raptor. The Raptor has been through two major iterations of development and my earlier pre-review examined the prototype. This review looks at the full production version which has seen some significant changes since its prototyping. While the initial implementation was well done with great styling and finishing touches – especially the rash guard inner lining – as noted in the pre-review there were issues particularly around fit. The production version of the Raptor offers enhanced construction and has resolved many of the eccentric length to width proportioning issues present in the prototype trouser fit.

The Raptor is no longer a pre-order item and is now available to order online from the Black Eagle shop. This is truly a limited edition kimono and once these babies are sold, that’s it. The Raptor is priced at £109.99 and qualifies for free shipping.(1) This review is of the F3.(2)

The revised Raptor maintains the styling choices of its prototype ancestor in terms of epaulette, back and trouser embroidery designed by Meerkatsu. The embroidered patches are very well executed and in the finalised version the tight threading demonstrates particularly polished finishing. The patches are done in a dark mauve/purple outlined in black. A coordinating purple stitching is used throughout the gi and internal stitching of stress points on the jacket and trousers is done in a triple-stich. The jacket is done is a soft pearl weave and the canvas trousers include 6 belt loops.

While I am a sucker for embroidery and consider the Raptor patches a great mix of fierce and feminine, my most beloved feature of this gi is the rashie inner lining, which was carried over from the prototype. The lining tape has been tweaked to be branded with the Black Eagle name and bird of prey motif. This new tape is in a shade of purple which harmonises much more closely with the embroidery thread; the prototype used a deep purple, which was beautiful in itself, but perhaps not as suited to the overall concept as the updated colouring.

Black Eagle’s women’s gi, up until now, have catered to an extreme ‘A’ body type, with a very tailored jacket including a minimal overlap and shorter skirt and extremely generous trousers that were very wide, though disproportionately short. The finalised Raptor offers an alternative fit that is less radical in trouser dimensions, while still offering room for a range of women’s curves, and a slightly more generous jacket that retains a tailored silhouette. It may be worth noting that the refined proportions that are used with the Raptor are being rolled out to the Predadora, which represents a significant improvement to the collection, from my point of view, as in the tag-team review of the Predadora, my review partner and I both expressed reservations regarding the fit.

The Raptor is pre-shrunk and guaranteed not to shrink out of fit. I do not follow manufacturer’s care instructions and tend to wash my gi on a warm 60°C wash, rather than the recommended cold wash. As one might expect, a warmer wash did cause some shrinkage. As the pre- and post-wash measurements indicate, the jacket and trousers are pretty resistant to shrinkage with two notable exceptions – the ‘wingspan’ and the leg length, which lost 7.5CM and 4.8CM, respectively. The gi fit like a glove before washing and while the Raptor remains a comfortable fit after shrinking, it did go down more than I would expect for a pre-shrunk gi even on a warmer wash, leaving the trousers and the arm length a bit on the short side. For comparison, the Break Point women’s gi lost 5CM and 4CM from those measurements, while the Fuji ‘Victory’ lost 2CM from the ‘wingspan’ and no noticeable change in the trousers; these gi use similar materials for jacket and trousers. So if you are at the border of a size range and/or like to wash your gi on a warmer wash, then you might want to bear this in mind. 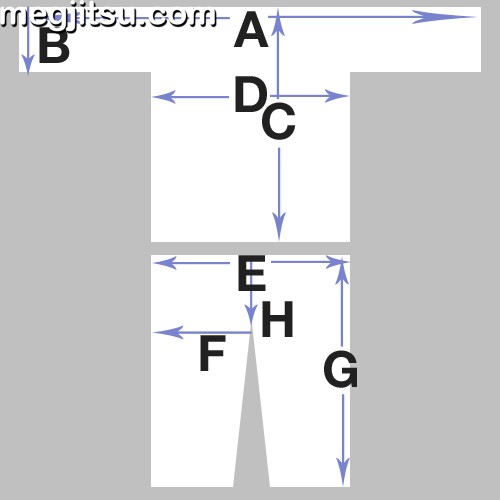 There aren’t a lot of feelings more pleasant than ‘shrimping’ along a mat in a rash guard lined gi top. Okay, perhaps that’s a bit of an overstatement, but nevertheless it is blissfully soft and while a soft gi weave may toughen overtime, a rashie will remain silky smooth (perfect for wearing with a sports crop top underneath if that’s your thing). The ability of the lining to keep you comfortable is compounded by its sweat-wicking properties. It’s marvellous to feel so dry even when working hard and this has practical implications for those with more sensitive skin; I can get very blotchy from salts drying on my skin, as the conventional unlined gi soaks the sweat up like a sponge and rests that sponge on the skin, whereas with a lined gi that sweat is largely kept off the skin. In this way the lining is both luxurious and practical.

Black Eagle’s efforts to refine their women’s line have paid off and the alterations apparent in the production version versus the prototype represent substantial improvement. Not only is the construction of the gi and embroidery to a very high standard, most importantly, the cut is a bit more conventional with better proportions between width and length. Of course, there will be bodies that will work better with the former cut, but I believe that the revisions will accommodate a wider range of wearers and women’s body shapes; keep an eye on Georgette’s blog for her thoughts as she may also review the Raptor and will bring a different body-type-perspective. The biggest selling point for me, however, is the rash guard inner lining, which is an absolutely joy to wear and makes this gi extra special.

All reviews are based on independent observations. We have no formal qualifications, we are not sponsored by any company and we do not endorse any one brand. If you chose a gi based on this review, please let the manufacturer know that MegJitsu persuaded you. This will not benefit us financially, but can help us to get more gi to review. As always, thanks for reading.

Thank you to Predator BJJ for supplying the gi. You can find them on Facebook

(1) Originally the Raptor was listed at £99, however the slight increase for the finalised version represents a major increase in value for money as the construction and fit is much improved from the initial prototype.